In 1955 a Cricket match was held to raise funds for the College. The teams were drawn from Politicians and The Stage. Names included Richard Attenborough, Douglas Fairbanks, Harold Macmillan and Denis Compton.

Sue sent me the following extract from David Maxwell Fyfe, (the Earl of Kilmuir)’s autobiography ‘A Political Adventure’ published in 1964 by Weidenfeld and Nicolson (pages 251 – 2), as follows (Buck De La Warr was the nickname for the 9th Earl):

“Buck De La Warr has much responsibility for Sackville College in East Grinstead, formerly a staging post of the Dukes of Dorset on their journeys to London, and now an old people’s home. When lying in the grass, watching our village cricket match at the beginning of August, he suddenly had the idea of a match ‘Politicians vs Stage’ in September, in aid of Sackville College. Being Buck, he immediately went and telephoned Harold Macmillan, Gwilym Lloyd George, Johnnie Mills, Rex Harrison, and in-spanned Geordie Selkirk and myself. He, Sylvia*, and Miranda spent most of the end of August and beginning of September distributing handbills round most of the pubs and post offices of East Sussex. Not content with that, he made me turn out at the nets at weekends.

Eventually the great day came, and in spite of the fact that the weather was not good, so did over 3,000 spectators. Harold Macmillan turned out in a cardigan which his wife swore had been sent to a jumble sale and returned unsold. I turned out in a crew-necked sweater and plimsolls, which also attracted adverse comment. Buck, Gwilym, Walter Monckton, George Gage and Walter Bromley-Davenport brought up the sartorial standard on our side, while the actors, including Johnnie Mills, Rex Harrison, Dicky Attenborough, Dicky Hearn (Mr Pastry)  and a very good player from the Whitehall, John Slater, all might have been playing in Badgers Green. To stiffen the sides, the actors had Denis Compton and we had  a stalwart of the Sussex County side. We had a local rule, however, that anyone who bowled someone first ball had to pay a guinea to the charity.

To my great astonishment, for I had not played in a cricket match for 34 years, I made 15, including 4 off Compton, of which I am inordinately proud. I aver that I am the only Lord Chancellor who, when in office, has hit an England bowler for 4. Buck made 16 and Gwilym 23. Rex bowled Water Monckton with a ball which I say – and I am loyal to my family – only hit the ground 4 times. The match ended in a draw, with a slight advantage to the much abused politicians.”

I have constructed the attached family tree which is roughly correct but may need some tweaking after more discussions with Sue! Of note is that Lord Kilmuir’s wife Sylvia was the sister of Rex Harrison who also played in the match and after Lord Kilmuir died, she married Buck De La Warr.

He was an incredible man, including prosecuting Goering at  the Nuremberg Trials, and drafting the European Convention of Human Rights according to Wikipedia. He died in Withyham so I guess he was a neighbour of Earl De La Warr?

The following article about him and his grandson is also very interesting: 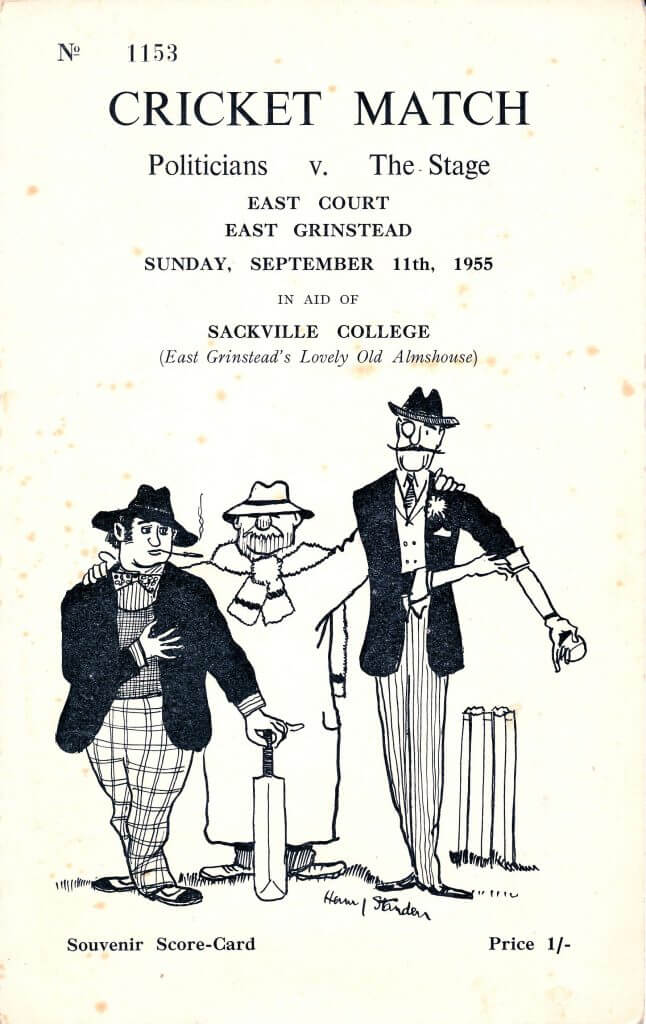 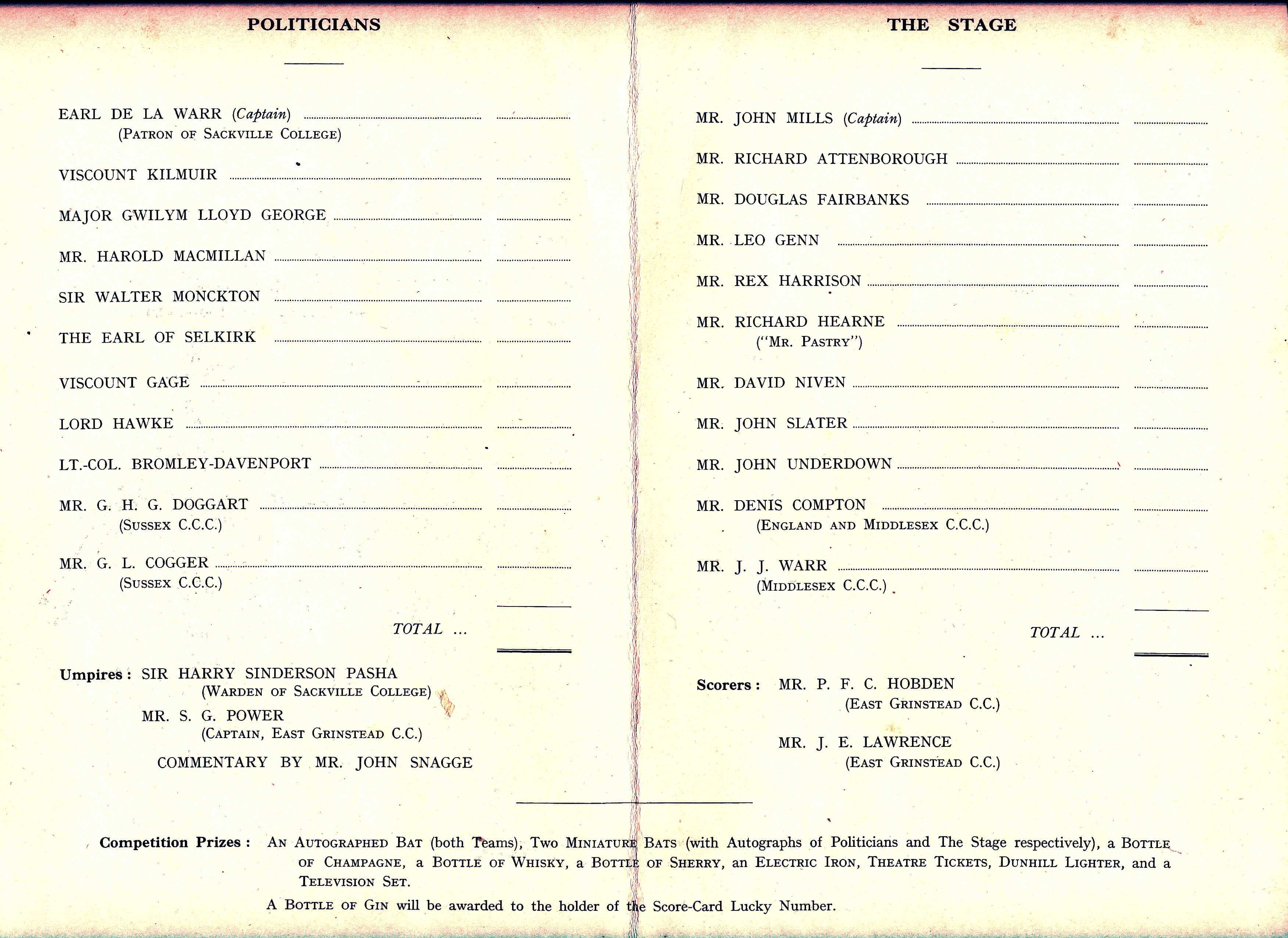 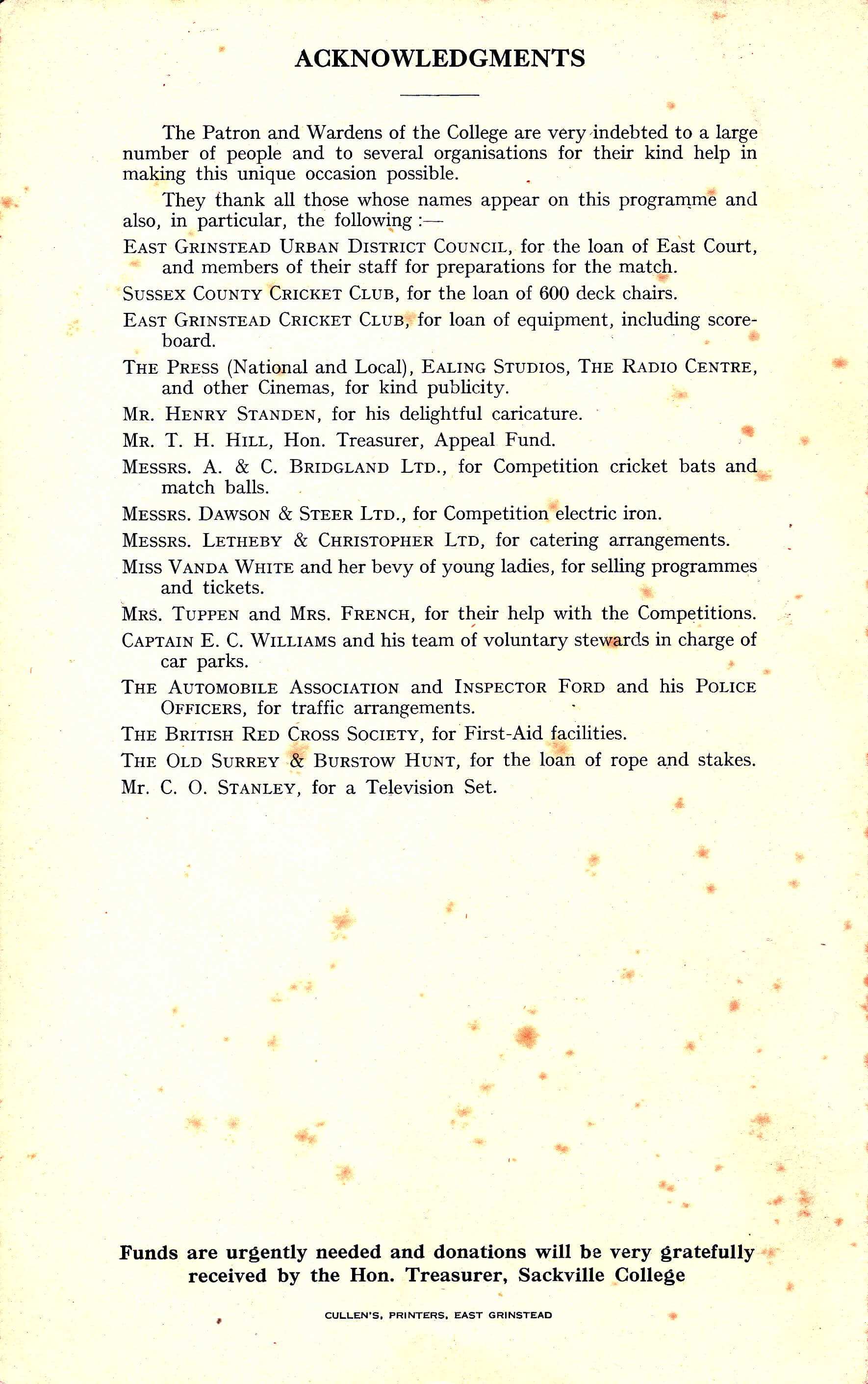 Get in touch to find out more…