In line with many other historic places we are having to change the way in which we can allow visitors to come to Sackville College.

The College will be open for pre-booked visits from 16th  June to  11th September (Thursday to Sunday)
See below for booking details.

Sackville College is a beautiful, Jacobean Almshouse and wonderful place to visit, situated in the heart of East Grinstead, West Sussex.

Open to the public for guided tours on Thursday to Sunday afternoons’ during the summer months and for some special occasions. A modest entrance fee is charged, and postcards and souvenirs are on sale. Group or private visits can be arranged at other times, at appropriate charges.

The college is 15 minutes walk away from the railway station, served by frequent trains from Victoria via Croydon and the Bluebell Railway. Buses from the station and to and from nearby towns and villages stop outside the college or opposite. Two public car parks are a few minutes walk away, one with an electric charging point. Cafés, restaurants and public houses are equally close. 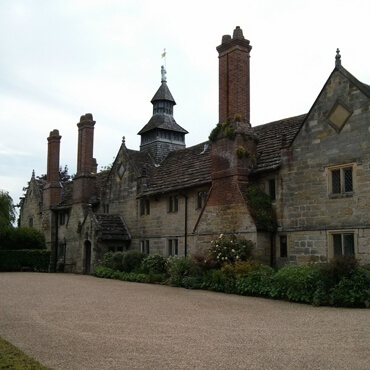 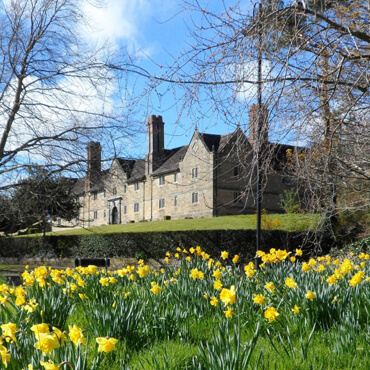 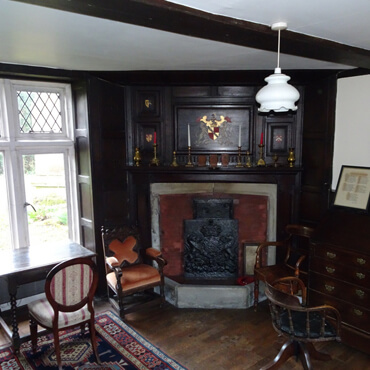 Sackville College is a Jacobean Almshouse founded by Robert Sackville in 1609 and still in use as an Almshouse today.

The College is built of Sussex sandstone around a quadrangle and contains large mullioned windows and four exquisite old doorways, the northern one of which bears the Dorset Coat of Arms. This almshouse is a splendid example of Jacobean architecture.

Visitors to Sackville College enter a building that is nearly 400 years old. The College’s connection with the Sackville family goes back to the year 1609 and the will of Robert Sackville, Earl of Dorset. This provided a sum of money with which to buy land and “build a convenient house of brick and stone” to be used as an almshouse. For many years the College had a second use, too: providing overnight accommodation for the Sackville family as they journeyed to and from their estates in Sussex. The heads of the Sackville family have been Patrons of the College through its history. The present Patron is the 11th Earl De La Warr .

The vistors are shown the Common room where residents used to cook meals, the Great Hall with its Minstrels’ Gallery and hammer beam roof, the Chapel with its carved door and the study. This is where the Victorian hymnologist, the Revd. Dr. John Mason Neale, Warden 1846-1866 wrote many well-known hymns and carols, including “Good King Wenceslas” and “Jerusalem the Golden”. Dr. Neale, who died here in 1866 after twenty years as Warden, also founded the first Anglican sisterhood, the Society of St. Margaret, and was one of the leading figures in the Oxford movement, which endeavoured to revitalise High Church institutions.

Today the College Warden lives in part of the wing that once served the Sackville family.The College still provides affordable accommodation, now modernized and comfortable, for elderly people. They each have their own flats and the use of the common room and the chapel behind the walls of a perfectly preserved quadrangle.

The College is a charitable foundation which operates according to an act of Parliament of 1624 and a Royal Charter of 1631.

Admission is by pre-booked Guided Tours

Currently the High Street entrance is closed.
Please enter via Church Lane, when you reach the College follow the building to your right and there is an open doorway on your left.

The College is several centuries old and like many old buildings it has uneven paths and small steps. All the rooms are accessible to people with limited mobility and there are chairs in most rooms. Small mobility scooters and wheelchair users should be able to move about and visit all rooms.
It is recommended that you call the office to confirm your needs prior to a visit.
Toilet facilities are available for visitors

Train
East Grinstead Railway Station and The Bluebell Railway is about a 15 minute walk or you can catch a bus.

Parking
There is a limited amount of short term parking in the High Street and Lewes Road. The nearest carparks are situated in Church Lane. Details of Carparks can be found on the Mid-Sussex website or the East Grinstead Town website

Cycling
We are on the National Cycle Route 21

Groups are very welcome and can be shown around, by prior appointment, throughout the year.

During the Summer opening season, the preferred day for groups is Wednesday to allow our volunteer guides some free time!
Refreshments are available for group visits
To arrange a visit please telephone the Almoner on a weekday morning on 01342 323414 to discuss further or complete the Booking Form for Groups
Entrance From the High street (South)

We’d love to hear from you.
